At eighteen years old, with no high school diploma, a growing rap sheet, and a failed relationship with his estranged father, Timothy J. Hillegonds took a one-way flight from Chicago to Colorado in hopes of leaving his mounting rage and frustration behind. His plan was simple: snowboard, hang out, live an uncomplicated life.

The Distance Between chronicles how Hillegonds’s plan went awry after he immediately jumped head first into a turbulent relationship with April, a Denny’s coworker and single mother. At once passionate and volatile, their relationship was fueled by vodka, crystal methamphetamine, and poverty—and it sometimes became violent. Mere months after moving to the mountains, when the stakes felt like they couldn’t be higher, Hillegonds learned April was pregnant with his child.

More than just a harrowing story of addiction and abuse or a simple mea culpa, The Distance Between is a finely wrought exploration of, and reckoning with, absent fathers, fatherhood, violence, adolescent rage, white male privilege, and Hillegonds’s own toxic masculinity. With nuance and urgency, The Distance Between takes readers through the grit of life on the margins while grappling with the problematic nature of one man’s existence.

“What a gorgeous book. Hillegonds’s candor and insight are a marvel, his storytelling gripping, harrowing, and beautiful.”—Michele Morano, author of Grammar Lessons: Translating a Life in Spain

“With earnest, unflinching prose and piercing detail, Hillegonds chronicles a turbulent past defined by a toxic mixture of rage, recklessness, and addiction. His willingness to peel back the layers of vulnerability and shame to reveal the man he once was is a stirring testament to the man he is now.”—Melanie Brooks, author of Writing Hard Stories: Celebrated Memoirists Who Shaped Art from Trauma

“The Distance Between is a bracingly honest account of a boy’s search for manhood through the wilds of addiction, violence, and early fatherhood. This story gutted me. Hillegonds’s debut announces that he’s a writer to watch.”—Hope Edelman, author of Motherless Daughters: The Legacy of Loss

"If more men were capable of this kind of humility and vulnerability, who knows what changes we might see in our definitions of masculinity?" — Ryan Smernoff, Los Angeles Review of Books

"If I could level any criticism against Hillegonds’ tour de force memoir, it is that I wish it had gone on for a few more chapters." —Gonzalo Baeza, WV Observer

"In his debut memoir. . .Timothy J. Hillegonds captures the terrible and terrifying motion of the life of his younger self: a self trapped in a state of ricocheting between chaos and control." — Penny Guisinger, Brevity 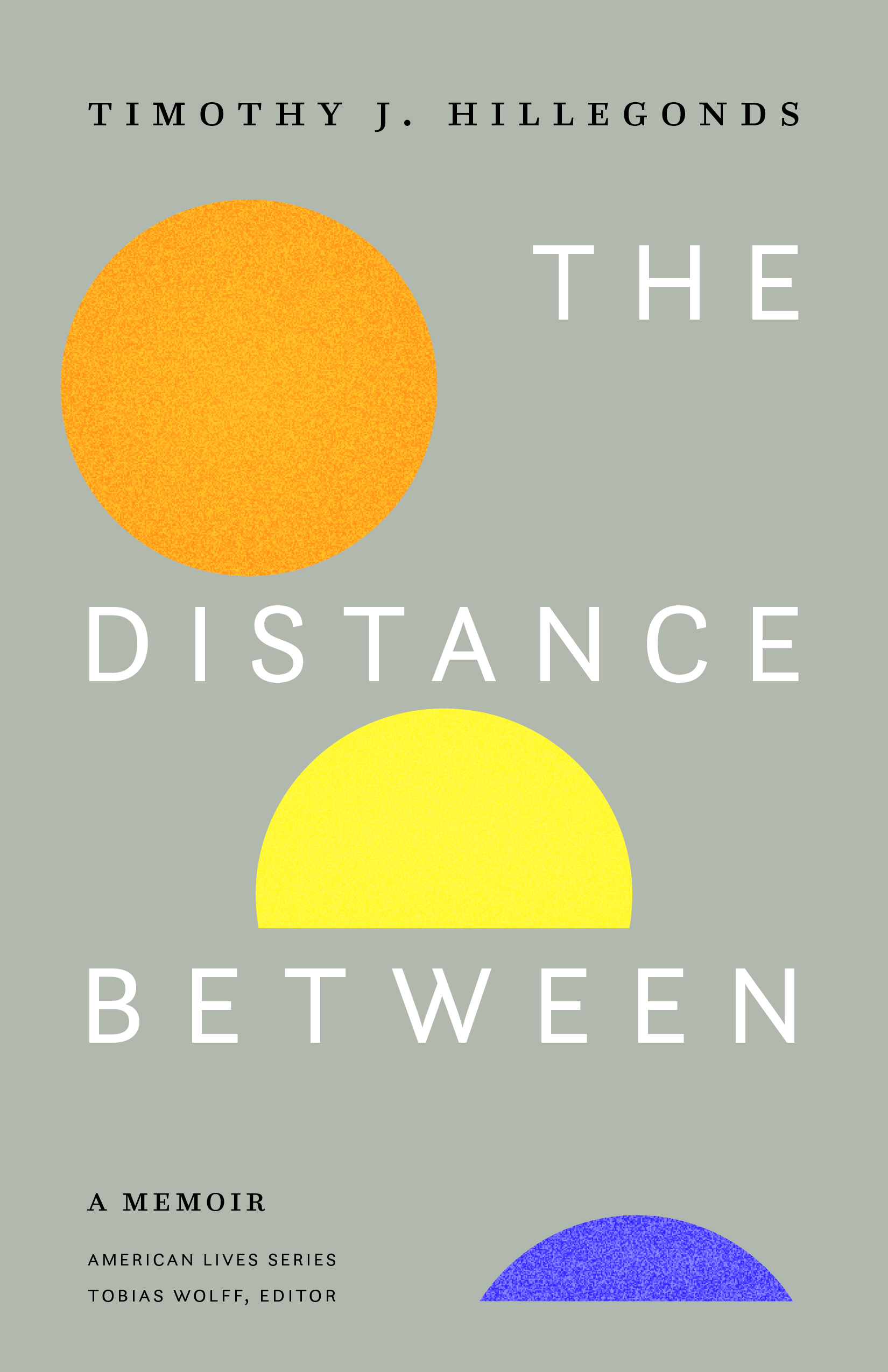 Kicking Down Doors: On Timothy J. Hillegonds’s “The Distance Between”

After All This Misery: A Review of Tim Hillegonds’ “The Distance Between: A Memoir”

Review of The Distance Between, by Timothy J. Hillegonds

A Review of Timothy J. Hillegonds’ The Distance Between